For many travel enthusiasts, visiting Europe is the epitome of the perfect summer vacation. Europe has many famous and romantic “must see” spots, not the least of which is France. For beauty, breathtaking scenery and poignant venues, a road trip through France can be filled with excitement and wonder. 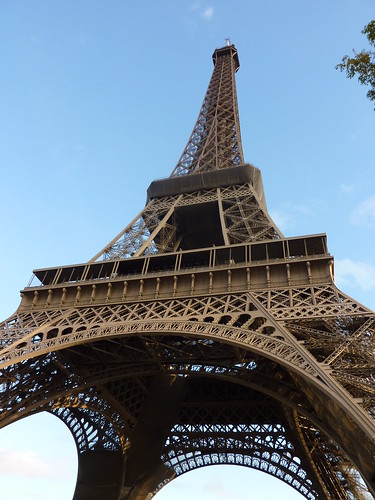 With careful preparation, the trip doesn’t have to be intimidating. Start by picking up a map and studying the major roads and arteries through the cities. The thought of taking a wrong turn and getting lost is not as scary with a map safely tucked away in the glove compartment.

Before leaving home, arrange for a car rental. Taking a flight into a major city like Paris and then traveling by train to a smaller town or village to pick up the car is a good way to get accustomed to the roads and street signs. For inexperienced international drivers, this helps avoid having to drive in heavy traffic in a large metropolitan area. Once in France, there are a number of autos for rent on a weekly basis:

Many policies on drivers’ personal vehicles will extend to car rentals, but why take chances when traveling in a foreign country? When making arrangements for a car rental in France, additional insurance never hurts. A number of car rental agencies offer more than one type of coverage.

The basic rate is less expensive but doesn’t include Collision and Theft insurance. The inclusive rate provides the additional coverage, but the deductibles are high. One solution is to lease a car, which provides Comprehensive coverage. Another alternative is to use Visa or Mastercard, which provide Collision Damage Waiver coverage at no charge.

A great idea is to exchange American currency for Euros before beginning the road trip. Travelers in the know who look less like American tourists find that the locals take them more seriously when they make the extra effort to blend in.

A tip to remember is that when touring Europe, travelers’ checks are not as widely accepted as they are in the United States. Since the mid-1990s, use of travelers’ checks when traveling internationally has been on the decline. Credit cards are the wiser choice.

The obvious touristy places to see in France are the Eiffel Tower, the Arc de Triomphe, and the Louvre and Orsay museums in Paris. But venturing off the beaten path and looking past the glitter reveals some overlooked gems.

Exploring along roads less traveled can reveal sights often overlooked by crowds of tourists. Spending time in some of the smaller towns and villages gives a true feel of what France is really like. Don’t miss a golden opportunity to soak up some arts and culture by traveling through this beautiful and historic country this summer.

Julia Rockwood is an avid traveler and freelance blogger for www.carinsurance.org.uk, a website that can help you find a cheap car insurance quote.

To maintain good health a well balanced diet is essential. View here for a range of exceptional nutrition supplements that offers you the solution. Their nutritions are prepared from the finest ingredients, backed by scientific research and produced with the most advanced techniques to help you in achieving optimal health.

This site uses Akismet to reduce spam. Learn how your comment data is processed.

If you have something interesting wish to share, you are welcome to submit your content for publishing at our site. Please refer this page for details.

The site administrator does not guarantee the accuracy of the information presented in this site nor endorse their effectiveness or whatsoever. Content and links to external web sites are provided by guest bloggers for readers reference and for personal consumption purposes only.