You are here: Home / Dining Out / 5 Drinking Habits Around the World

Travelling is both about discovering surprising quirky local specialties as well as common habits prevalent throughout certain countries, both of which are enjoyable and make up the finer memories of our trips abroad. This post is about the prevalent habits that we will often know about and that are common to certain countries, and are often something we will look forward to observing and enjoying when we reach our intended destination. Specifically, it’s about 5 drinking habits around the world which vary immensely, and it is because of this variation that we can travel on our taste buds, experiencing what we otherwise wouldn’t really order or sample at home. Sometimes when we think about a location, we draw up various stereotypes, that although they may have some truth in them, we find out on arrival that the locals don’t do it as much as we thought. Or when we get there, the locals don’t really do it at all, but the travelling scene is thriving off of it. The following 5 drinking habits are a mixture of these two scenarios.

Light beer is confusing to most travellers on arrival. Is it diet beer? Is it weaker alcoholically than normal beer? Well in truth it’s usually both. Most of the time, it’s like a diet beer, so for the calorie counters you will feel at home here. Reducing the calories usually requires reducing the alcoholic content as well, so if you’re looking to consume one beer then great, but if you’re having a bit of a night out, then you will not be getting the normal effect from drinking light beer as it will have less alcohol in it. A popular option is Bud Light, which at 4.2% is lower than normal Budweiser. This is great if you’re looking to watch your belly on your travels, perhaps saving a trim paunch for the beach, and can help you reduce your alcoholic content should you wish. Light beer does carry with it the reputation of being light on taste as well, with many foreigners finding this popular American beer a bit watery compared to what they are used to. But you’re travelling, and trying something different is what you’re here for, and some people are likely to find they prefer the different price.

Kava is a traditional drink served throughout the South Pacific that is regularly drunk by the locals and often integral to many celebrations and festivals. It is made in a large wooden bowl from ground up roots of the piper methstyicum plant and is known as a mild sedative that creates a social, amicable scene. For travellers, you’re unlikely to instantly be a fan of the muddy taste, but the authentic experience of sitting in a circle with Fijian villagers and drinking Kava whilst whiling away the hours is one not to be missed.

If you meet any travellers heading the opposite way on your journey to Australia, then they are likely going to regale you with stories of the convenient attributes of ‘Goon.’ For many, Australia is currently an expensive country and many currencies don’t have a favourable exchange rate, this is where Goon steps up to the plate. Cheap and sold in large quantities, Goon is white wine (more popular) or red wine. Do not walk into a shop looking for products saying Goon on them, as this is slang. Instead, Goon is sold in boxes with plastic pouches and a tap, convenient for quick and copious pouring, and some attempt at marketing it as a normal wine. However, it is generally of low grade and can contain fish and eggs. The taste to many is bad, but there seems to be a limitless list of mixing agents to fix this, a few favourites include pineapple juice and soda water. Despite the bad taste, few would dispute that it leads to great memories, should you still have them the next morning.

Despite having one of the longest standing, age old traditions of brewing beer anywhere in the world, the English drinking scene doesn’t revolve mainly around the bitters, ales and stouts the country is known for. Rather, if you venture out on the night scene in the larger cities in the UK there will be many continental cold lagers favoured by the younger generation from countries such as Germany, Belgium, Spain, Italy and from the other side of the pond USA and Mexico. This lively party scene is well known the world over, but travellers looking for something authentic to the country will be pleased that there are many breweries and pubs specialising in local English Ales that offer an incredible range and unique repertoire of flavours and ingredients.

This habit is less a popular drink, and more a popular drinking method. Travellers know that Thailand thrives off the constant flow of travellers, with some appreciating being in the beating heart of the travel community whilst others are more wary of visiting here. Nonetheless, the bucket is ubiquitous in Thailand’s tourist hotspots, and conveniently cheap. Restaurants and street stalls sell buckets filled with cocktails of spirits such as vodka and mixers such as red bull (in its home, Thailand) and cola, which is then consumed from the bucket with a straw if you want. Local shops have also got in on the action and sell buckets with little bottles of spirits and mixers inside. This style of drinking is conducive to the lively party scene found throughout Thailand.

Matt loves to explore and immerse himself in the local food and drink scene. A big fan of travelling around Europe, he is focusing next on a range of Greece holiday destinations for 2012.

To maintain good health a well balanced diet is essential. View here for a range of exceptional nutrition supplements that offers you the solution. Their nutritions are prepared from the finest ingredients, backed by scientific research and produced with the most advanced techniques to help you in achieving optimal health.

This site uses Akismet to reduce spam. Learn how your comment data is processed. 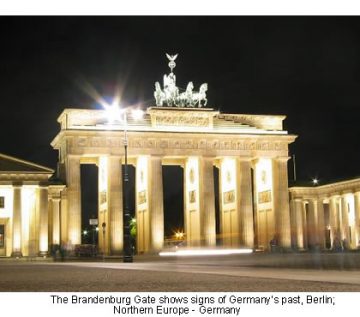 If you have something interesting wish to share, you are welcome to submit your content for publishing at our site. Please refer this page for details.

The site administrator does not guarantee the accuracy of the information presented in this site nor endorse their effectiveness or whatsoever. Content and links to external web sites are provided by guest bloggers for readers reference and for personal consumption purposes only.

How much exercise is required to reduce joint pain? This may be a tricky question as we may not know whether it is okay to work through exercise pain or when it’s not…